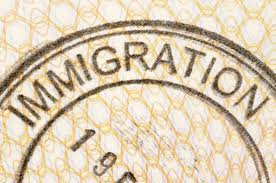 There are many associate dentist hiring cycles throughout the year. December through February is the busiest time of year for US-trained foreign nationals who will need to navigate the immigration process in order to work in the country.

With that in mind, we recently invited Ken Gauvey of www.gauveylaw.com to contribute. Ken has experience advising dentists and dental practice owners through the visa and permanent residency processes.

Dentists are placed in a strange position in U.S. immigration laws.  While being recognized as health-care professionals, dentists are precluded from applying for the same types of immigration benefits offered to other health-care professionals.  Therefore, with few exceptions, United States Immigration and Citizenship Services (USCIS) treat dentists more akin to engineers than doctors.  However, there are exceptions to this treatment that dentists can take advantage of that can either shorten the time it takes to get Lawful Permanent Residency (LPR), known as a Green Card, and remain in the U.S.

We hope that this overview will answer questions and ease concerns of those preparing to seek sponsorship:

The standard immigration process involves working under some form of temporary visa status before gaining LPR status.  This temporary visa can be one of several visa options for professionals and include the H-1B, TN, and E visa categories.

The primary temporary visa status for working in the U.S. is the H-1B visa. The H-1B is a visa limited to professionals requiring at least a Bachelor’s degree and who are working for a specific U.S. employer as stated in the H-1B petition.  The H-1B is approved for a period of three years, with one three-year extension permitted, unless an application for LPR status was filed 365 days prior to the end of the 6th year of H-1B status, in which case the H-1B can be extended until the LPR status is finalized. However, there are only 65,000 H-1B visas available every year.  These visas are used by everyone from models, to IT and engineers, to doctors and dentists.  There are an additional 20,000 H-1Bs available for those who received a Master’s degree in the U.S. In 2013, USCIS received 124,000 H-1B petitions within the first five days of the application period, which starts every year on April 1. The H-1B therefore is fairly dependent on timing and luck.

The H-1B process involves two steps. Once the employer wants to hire a dentist on an H-1B, the employer, through counsel, files a Labor Condition Application (LCA).  The LCA is filed with the U.S. Department of Labor.  The DOL then certifies the LCA within, typically, 5-7 business days.  The LCA is then filed with USCIS, along with the I-129, evidence and supplements, to apply for the H-1B.  If the application is filed on April 1, if approved, the dentist can begin working on October 1 of that same year.

H-1B transfers work in a similar way with one important exception.  An H-1B transfer occurs when the dentist is already in the U.S. on an H-1B and wants to change employers. The new employer must sponsor the H-1B transfer.  The LCA, I-129, evidence and supplements are still required.  However, the dentist can begin working for the new employer as soon as the transfer application is sent to USCIS, rather than waiting for an approval.

Dentists from Canada and Mexico have additional options for working in the U.S. These dentists can work under a NAFTA visa as a TN.  The TN is a visa that permits certain categories of workers, including dentists to work in the U.S. for a specific U.S. employer. The TN can be renewed without limitation as long as the dentist is employed by the employer.

Dentists from Australia can enter on the E-3 visa.  This visa is essentially an H-1B specifically for individuals from Australia. Importantly, the E-3 has its own numerical limitation of 10,500.  The E-3 may be renewed every two years.

Once a dentist is employed in the U.S., there are several ways to remain in the U.S. as a Lawful Permanent Resident.  The most used is the Labor Certification process, or PERM.  However, dentists and employers can avoid this lengthy and costly process in a couple of ways including demonstrating extraordinary ability or demonstrating acclaim as an outstanding researcher.

The Labor Certification process, or PERM, is the most often used avenue to Lawful Permanent Residency. In PERM, the employer engages in a specified three-month recruitment effort as dictated by the U.S. Department of Labor to try to fill the dentist’s position.  If no U.S. qualified applicants apply for the position, the employer then asks the DOL to certify the PERM application.  That certified application is then used to file for the immigrant petition and eventually Lawful Permanent Residency.  The entire process can take from one to ten years depending on how the DOL treats the PERM application and the country of origin of the dentist.

Individuals who have a record of research and publication in highly ranked journals can avoid PERM. Depending on the level of publication, international acclaim, and accomplishments, PERM can be avoided through the filing of a National Interest Waiver or Outstanding Researcher petition.  The National Interest Waiver is a petition to USCIS to be relived of the PERM requirements because it is in the national interest for the dentist to remain in the U.S.  The dentist has to show that the dentist’s continued presence and work in the U.S. would benefit the nation as a whole.  The Outstanding Researcher has similar criteria.  In these petitions, the dentist must demonstrate that the dentist has risen to the very top of their field.  This is often done through awards, references to published works, and the like. Either the National Interest Waiver or the Outstanding Researcher petition would permit the dentist to skip the PERM process.

For more information or to consult with an immigration lawyer, please contact Ken Gauvey at www.gauveylaw.com