Looking For a Short Cut Where None Exists 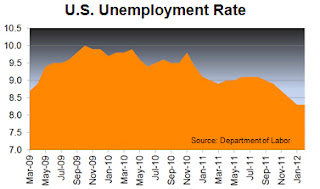 In January 2012, the unemployment rate was down year-over-year in 345 of the 372 U.S. metropolitan areas the Labor Department tracks. The number of metropolitan areas with unemployment over 10 percent nearly halved from 150 in January 2011 to just 86 in 2012.
A consensus of economists surveyed by Blue Chip Economic Indicators last month projected the unemployment rate will be below 8 percent by the end of 2013. A recent report by a research economist at the Federal Reserve Bank of New York, however, showed a series of scenarios in which unemployment could actually fall to 6 percent as soon as early next year. Either way, we are in a period of recovery, and unless outside factors such as instability in Asia or Europe slow the U.S. economy, the improvement is set to continue.
Hiring activity continues to increase as the economy gains speed. However, employers are finding fewer qualified applicants for their top positions. Even when multiple qualified candidates materialize, selecting among them is feeling more like gambling than science. Hiring managers today are hungry for ways to confidently screen out candidates.
In fact, while most job seekers spend hours crafting a perfect resume, professional recruiters often don’t even look beyond the contact information. Instead, they opt to take a professional history through an interview.
“Resume and cover letter advice has become so ubiquitous that candidates are following the same unwritten rules. Rejecting resumes that fail to fit the mold exactly becomes an easy way for hiring managers to trim a stack of resumes,” says Rob Romaine, president of MRINetwork. “By the end, there is a small pool of candidates who simply put the right polish on their job search. But it’s a filtering process that doesn’t take into account the qualities that actually cause someone to positively contribute to an organization.”
The recent trend of interviewers requesting to see private social media profiles of candidates doesn’t stem from an interest in violating a candidate’s privacy. It’s the fallout of a talent market that has been coached and homogenized to a point where employers are desperate to find not just what makes one qualified candidate better than the other, but even just what makes them different.
“Today, a social media profile that is clear of content that gives an interviewer pause is as likely to mean the profile has been sanitized as anything else, which makes looking at them virtually meaningless,” says Romaine. “While even the most detailed profile is going to provide little insight into how a candidate solves problems, overcomes challenges, or would interact with a team, these are the qualities that make A-players and they are qualities that are infinitely harder to screen for.”
One important role outside recruiters can serve in the search process is their ability to interact with candidates outside the normal candidate-employer relationship. Agency recruiters will often interact with a candidate for months or sometimes years before sending them on an interview and will know many of their colleagues in a similar way. It gives the recruiter a much broader understanding of the candidate from which to evaluate how they will fit with an organization.
“Going online for 15 minutes can help to eliminate a candidate, but it does little to highlight the positive attributes a candidate might bring. Conversely, interview techniques, like having candidates participate in a long-form group meeting with several members of a team might be time intensive, but can help to highlight someone who would thrive in an organization,” notes Romaine. “While moving quickly once a top candidate has been identified is important, vetting a candidate using shortcuts that don’t actually connect to performance or cultural fit is counterproductive.”