When Fall Fashion Week rolled out in New York in February, many designers were reversing course on their hem lengths—and not always in the same direction. While there were not many mini-skirts, there also were fewer of the full-length gowns than were seen last season. Some designers—most notably Alexander Wang—chose to go with several seemingly low hemlines, but then introduced soaring slits and gaps causing them to almost defy hemline definition.

The hemline index as calculated by Business Inside—yes it is a real index—rose to 44.38 from 35.04 last season. In a time when economic indicators are as plentiful as they are mixed, it may be one of the most apt indicators of the time. Lore says when the economy is good, hemlines rise and when soured, the hemlines fall. While hemlines seem to be going in many directions at once this season, the average is rising—much like the U.S. economy. 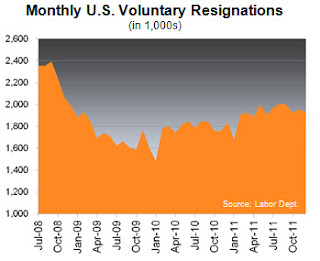 While the economy gains speed, workforce managers are feeling the pinch of a tightening talent market. A recent Corporate Executive Board study showed the average number of applications received per position fell to 118 from 187 one year earlier. Of those applications, respondents to the study said just one-third met the basic requirements for the position they were applying for.

Late last year, a survey of C-Level executives around the world by Lloyd’s of London ranked talent and skills shortages as the second-largest risk to their business. In 2009, talent worries were ranked as just the 22nd largest concern.

“The scales of the labor market have clearly shifted over the last six-to-twelve months, and now we are seeing that accelerating in the professional ranks,” says Rob Romaine, president of MRINetwork. “Top talent is no longer looking at a stable job and saying, ‘I’m happy to at least have that.’ Rather, they are opening up when recruiters call and are starting to explore what will really make them happy—financially or otherwise.”

Since early in 2010, the number of people who voluntarily left a position each month has been steadily rising to nearly 2 million, up more than 30 percent from its lows.

“Having employees more interested in pursuing new opportunities is a double-edged sword for organizations,” says Romaine. “It’s going to be hard not to lose some top performers, as they will likely have the most opportunities presented to them. But while the field of top performers who are actively applying for positions is still very low, the numbers who are open to recruiting calls now is above average.”

During the years of tough economic times, the fear of the unknown was enough to keep many top performers in place. Although recent positive employment and economic news has not removed the possibility of another slowdown, it has given the workforce enough confidence to accept the risk associated with changing jobs.

“The economy will continue to be in a fragile place for much of the near future, with profit margins closely guarded and customers highly cost-conscious. Losing key staff or having continuity-of-services issues in this stage of a recovery will be damaging,” notes Romaine. “On the other hand, the worst possible outcome of bringing in top talent right now is that they will take pressure off existing staff, decrease turnover, and put a company in a powerful position to capture market share.”

ETS Dental specializes in recruiting Dental professionals for top practices across the country. All conversations and inquiries are completely confidential. All fees are paid by the client (hiring/selling practice). If you are now or will be seeking an opportunity as a Dentist or Specialist, send your resume/CV TODAY!

For up to date information on the dentist job market, helpful job hunting tips and other useful resources, follow us on:
Facebook: http://www.facebook.com/ETSdental
Twitter: http://twitter.com/ETSdental
ETS Dental Blog: http://www.dentalrecruiterblog.blogspot.com/